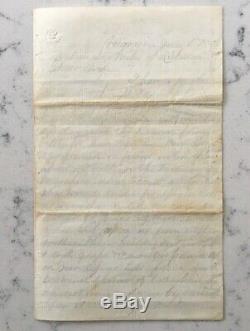 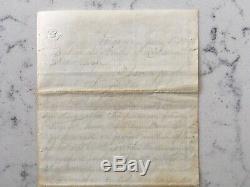 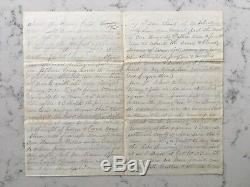 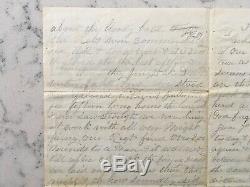 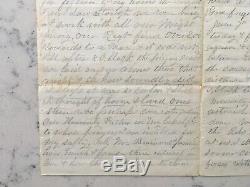 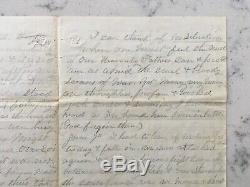 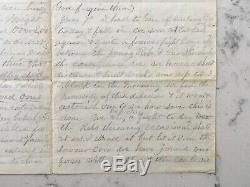 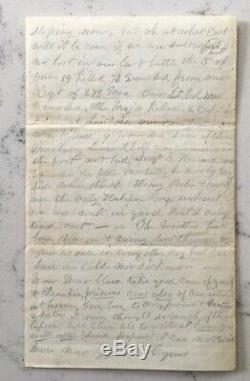 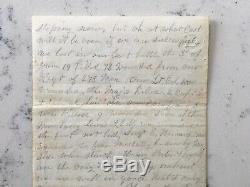 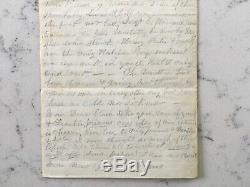 A UNION SOLDIER'S LETTER TO HIS WIFE DETAILING THE BATTLE OF COLD HARBOR. CYRUS THOMPSON TO HIS WIFE CLARA, VIRGINIA, JUNE 1864.

Dated June 6, 1864, he writes of a "bloody battle, " and on page 2 he writes the rebs were commanded by Gen. Hill and Longstree and it said they had the best of their army with them... We stood our ground without faltering for fifteen long hours... Our regiment fired over 200 rounds to a man & it was not till after 8 o'clock the firing ceased...

" He picks up his letter with a June 7 dated: "I had to leave off writing... We are expecting a fight today, the Rebs throwing occasional shells at us... We have joined our forces with Butler... We lost in our last battle the 3rd of June killed 78 wounded from Regt of 273 men.

Was wounded, the Major killed, 2 captains with several Its. In our company were Killed 9 woulded and some of the mortally.

His 1st wife was Mercy (Orcutt) Thompson (1819 - 1846) - no known children. The item "ANTIQUE CIVIL WAR SOLDIER LETTER 1864 VIRGINIA DETAILING BATTLE OF COLD HARBOR" is in sale since Tuesday, August 20, 2019. This item is in the category "Collectibles\Militaria\Civil War (1861-65)\Original Period Items\Correspondence, Mail". The seller is "preservedpast" and is located in Kansas City, Missouri. This item can be shipped worldwide.