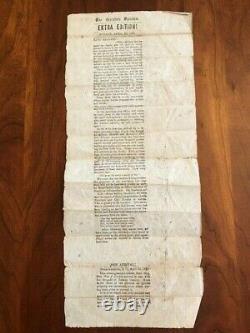 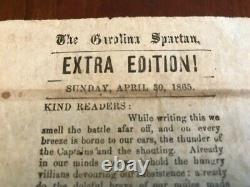 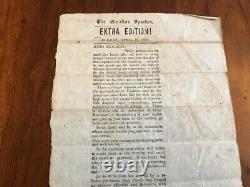 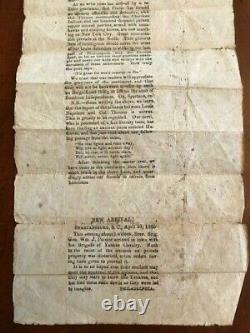 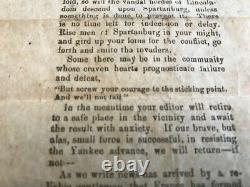 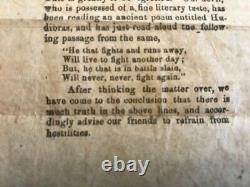 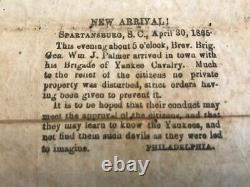 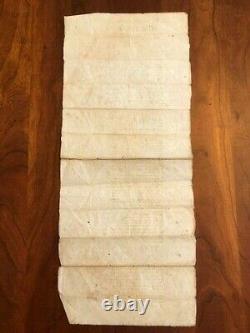 CIVIL WAR NEWSPAPER BROADSIDE from The Carolina Spartan "EXTRA EDITION" on Monday, April 30, 1865. Printed on soft linen paper. I've not found any other copies online. Full Text of this is below. While writing this we smell the battle afar off, and on every breeze is bourne to one ears, the thunder of the Captains and the shouting. Already in our minds eye, we behold the hungry villains devouring our subsistence; already to the doleful brays of our mules made captive reach our distracted ears, and admonish us that the time to take these valuable animals to the mountains has arrived. There no longer remains any doubt as to the approach of the Yankees; and as the Assyrians came down like the wolf on the fold, so will the vandal hordes of Lincolndom descend upon Spartanburg, unless something is done to prevent it. There is no time left for decision or delay. Rise, men of Spartanburg, in your might, and gird up your loins for the conflict, go forth, and smite the invaders. Some there may be in the community whose craven hearts prognosticate failure and defeat.

But screw your courage to the sticking point. And we'll not fail. During the meantime, your Editor will retire to a safe place in the vicinity and await the results with anxiety. If one brave, but alas, small force is successful in resisting the Yankees' advance, we will return, if not.

As we write, news has arrived by a reliable gentleman that France has formed an alliance offensive and defensive with Col. [William] Thomas, commanding the Cherokee Indians, and one hundred thousand gallant copper colored patriots, armed with tomahawks and scalping knives are now marching on New York City. Great consternation prevails at the North. This glorious item of intelligence should nerve the arms of our brave defenders to strike at last. As the Spartans of old choked up the pass of Thermopyle with the Persian dead, so let us imitate their glorious example, and cover our hills and valleys with the carcasses of these miscreants. How truly the poet says. Tis great for one's country to die. We trust that our readers will appreciate the grandeur of the sentiment and that they will not go backward to offer such a precious and great thing as life on the altar of Southern Independence. Since writing the above we learn that the report of the alliance between Louis Napoleon and Col.

Thomas is untrue, which is greatly to be regretted. Our devil, who is possessed of a literary taste, has been reading an ancient poem entitled Hudibras. And has just read aloud the following passage from the same.

He that fights and runs away. Will live to fight another day. But he that is in battle slain.

Will never, never, fight again. After thinking the matter over, we have come to the conclusion that there is rich truth in the above lines, and accordingly advise our friends to refrain from hostilities. This item is in the category "Books & Magazines\Antiquarian & Collectible". The seller is "crottsy" and is located in this country: US.

This item can be shipped to United States, Canada.