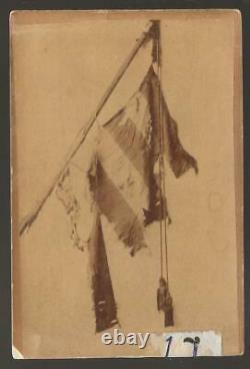 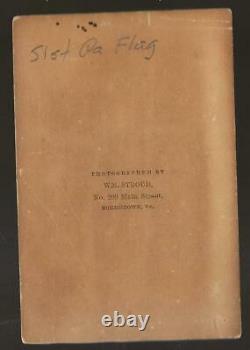 Recruited during the summer and fall of I86I by Col. For three years' service, most of the officers and men having. Served for the three months' term. A, C, D, F and I were.

Recruited in Montgomery county; E, H and K in Union and Snyder. G in Center and B in Northampton. The place of rendezvous was. Camp Curtin, Harrisburg, and the regimental organization was.

Two days later it left for. Where it remained, perfecting itself in drill. 6, 1862, when it was assigned to the. Reno, Burnside's corps, embarked as a part. Of Burnside's expedition to North Carolina, and landed at.

It shared in the capture of the. Enemy's works here on the 8th and was active at the battle of. In March, where it executed a gallant charge.

It was again active in the battle of Camden, losing 3 killed. Assigned to the 2nd brigade, 2nd division, 9th corps, Gen. It was active at the second. Bull Run and Chantilly, and in Sept.

1862, moved with the 9th. Corps on the Maryland campaign.

It skirmished with the enemy's. Was hotly engaged at South mountain. And again at Antietam, where its losses were 125, including.

Schall was now promoted to. Suffered severely in the fierce fighting at Fredericksburg in. December, its losses being I2 killed and 74 wounded. Ordered to Fortress Monroe in March, 1863, brigaded with the. Two divisions of the 9th corps, to Kentucky, being posted.

Successively at Winchester, Lancaster, Crab Orchard and. In June it moved with its corps under command of. Parke to the support of Grant at Vicksburg, arriving on. The I4th and going into camp at Mill Dale.

Here and at Oak ridge for several weeks in building. Fortifications, and joined Sherman in his campaign to Jackson. Camp Nelson, where it rested and refitted after its arduous. The regiment moved from Camp Nelson to. Crab Orchard, where a number of recruits were received, and.

It was active at the battle of. Campbell's station, and suffered all the hardships endured by. Burnside's army, when besieged in Knoxville by the enemy under. After the siege was raised it joined in the. Pursuit of the enemy, skirmishing with his rear-guard at.

Rutledge, and later went into winter quarters at Blaine's. Cross-roads, where the men suffered much from the meager.

Supplies of food and clothing received. Pennsylvania on 30 days, veteran furlough. Command was rapidly recruited to the maximum strength, as it. Was a very popular organization, and on the expiration of its. Furlough it proceeded to Annapolis, where it was assigned to.

The Ist brigade, Ist division, 9th corps, Col. Commanding the brigade and Lieut. The 5Ist participated in all the sanguinary engagements leading.

Up to the siege of Petersburg, losing heavily. Battle at the Ny river, May I2, Col. Fighting at Cold Harbor Col.

Schall was killed while leading a. Charge and was succeeded in command by Lieut. Command arrived in front of Petersburg on the I7th and at once. It was in action again the next day. Capturing and holding a position close to the enemy's works.

This position was so exposed that a constant fire was kept up. Night and day, for more than two weeks, one-third of the men. Being constantly employed to hold the position.

Of the assaulting column at the explosion of the mine, but was. Ordered back before it entered the crater. Bolton was severely wounded and Maj. The regiment remained on duty in front of the crater.

For a few days, when it was relieved, and remained encamped in. It shared in the movement for the. Capture of the Weldon railroad, and participated in all the.

Subsequent operations of the brigade, including the engagements. At Poplar Spring Church, Ream's station, Hatcher's run, and the. Final assault on Petersburg, April 2, 1865. July 27, 1865, after four years of most. The item "Civil War CDV Battle Torn Flag of the 51st Pennsylvania Vols" is in sale since Saturday, January 16, 2021. This item is in the category "Collectibles\Militaria\Civil War (1861-65)\Original Period Items\Photographs". The seller is "civil_war_photos" and is located in Midland, Michigan.