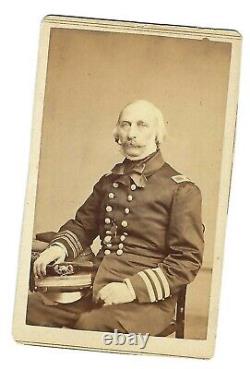 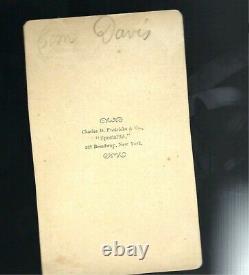 Charles Henry Davis (January 16, 1807 - February 18, 1877) was a rear admiral in the United States Navy. Working for the Coast Survey, Davis researched tides and currents, and located an uncharted shoal that had caused wrecks off the New York coast. In the Civil War, he commanded the Western Gunboat Flotilla, winning an important engagement in the Battle of Memphis, before capturing enemy supplies on a successful expedition up the Yazoo river.

Davis was born in Boston, Massachusetts. [1] He attended the Boston Latin School and entered Harvard College in 1821 but left after two years when he was appointed as a midshipman in the United States Navy on August 12, 1823.

From 1846 to 1849, he worked in the United States Coast Survey on board the Nantucket, where he discovered a previously unknown shoal that had caused shipwrecks off the coast of New York. During his service to the Survey, he was also responsible for researching tides and currents and acted as an inspector on a number of naval shipyards. From 1849 to 1855 he was the first superintendent of American Nautical Almanac Office and produced the American Ephemeris and Nautical Almanac.

In 1854, he was promoted to commander and given the command of the St. On April 30, 1857, he mediated with the Central American forces at San Juan del Sur, Nicaragua, the capitulation of filibuster William Walker and some 300 men, who departed in the St.

Mary's for Panama the next day. In 1859, while commanding the St. Mary's, Davis was ordered to go to Baker Island to obtain samples of guano, becoming perhaps the first American to set foot there since it was annexed by the United States in 1857. The guano was necessary as fertilizer.

Commodore William Mervine had previously been sent, but he did not land and believed the island to be inaccessible. (From evidence that was later found on the island, it had been visited prior to 1857 by whalers).

In the American Civil War, Davis was appointed to Blockade Strategy Board in June 1861. On 15 November 1861, he was promoted to captain. [5] He was made acting flag officer, in command of the Western Gunboat Flotilla.

The Confederate vessels escaped with only minor damage. In July, he cooperated with Flag Officer David G. Farragut in an attack on Vicksburg, Mississippi, but they were forced to withdraw. In August, he proceeded up the Yazoo River and successfully seized Confederate supplies and munitions there. On February 7, 1863, he was promoted to rear admiral.

After the war he joined the Military Order of the Loyal Legion of the United States (MOLLUS). He was a member of the New York Commandery and received insignia number 1022.

From 1865 to 1867, he was the Superintendent of the United States Naval Observatory. In 1867, he was given command of the South Atlantic Squadron and was given the Guerriere as his flagship. Davis died in Washington, D.

And is buried in Cambridge, Massachusetts. This item is in the category "Collectibles\Militaria\Civil War (1861-65)\Original Period Items\Photographs". The seller is "civil_war_photos" and is located in this country: US.