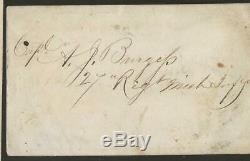 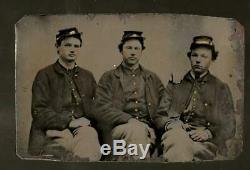 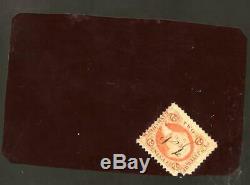 3 carte de visites and one unmounted cdv albumen and one Tintype of Soldiers that came from the same album. The soldiers in the Tin look very much like on of the carte images. Ink signed image of Corporal Albert J Burgis of the 27th Michigan Vols, served 10/62-7/65 and 4 unidentified images from the same Michigan Civil War album. Images look to have been photographed at the same time so one must assume they are all in the 27th Michigan. In the order for the recruitment of the Twenty Seventh Regiment, it was directed that six companies be raised in the Lake Superior counties, but only three were there, then organized, consisting of those recruited by Captain's Wright, Plummer and Moody. These companies were rendezvoused at Port Huron, being for a time in charge of Lieutenant Colonel Thomas Sprague, of Detroit, afterwards under the command of Colonel D. In the mean time, the recruitment of a regiment designated as the Twenty Eighth had been ordered and to rendezvous at Ypsilanti, under the command of Colonel Edward Doyle, of Detroit. Recruiting of these regiments proceeded so slowly that it was determined, in view of the extingencies of the service, to consolidate them, so on the 1st of February 1863, the 27th. Was ordered to break camp at Port Huron, then to proceed to Ypsilanti. This process of consolidation was completed, the united regiments becoming known as the Twenty Seventh Infantry. The Regiment was then ordered into the service of the United States on April 10, 1863. The Regiment consisting of eight companies, under the command of Colonel Fox, proceeded to Kentucky via Cincinnati, on April 12th. With a force showing on its muster roll of 865 officers and men. Before leaving the State, they were presented a flag, presented by the ladies of Port Huron, which was carried throughout the remainder of the war. They were stationed at various places in Kentucky, having a skirmish with the Confederates at Jamestown on June 2, 1863. They were then assigned to the 3rd.

Corp, then sent to Mississippi to reinforce General Grant's Siege of Vicksburg, being engaged there until the 4th. Of July, at which time they advanced on Jackson, where in a skirmish on July 11th.

They lost 2 killed and 5 wounded. After the fall of Jackson, the Regiment destroyed several miles of railroad track, then went into camp at Milldale. Of November the Regiment was moved to the 2nd. Brigade and transferred to Lenoir Tennessee, to assist in the repulse of Longstreet's advance in that area. Marching to Hough's Ferry on the 14th.

The Regiment retreated, along with the rest of the Union army to Knoxville, suffering much from want of rest, insufficient rations and equipment. At Campbell's Station, the Regiment made a stand in defence of some supply trains, losing 3 killed, 18 wounded and missing. Retreating then to Knoxville the Regiment took an active part in its defence, losing 54 men in killed and wounded. When the Confederates started the retreat from that place, the Regiment set out in pursuit, following them to Rutledge, fell back to Blain's Cross Roads. At Mossy Creek, in March the Regiment was reinforced with two additional companies, along with new recruits from the state, numbering in all 362 men.

The Regiment proceeded to Annapolis, where two companies of sharpshooters were added to there rolls, there also to be assigned to the Army of the Potomac. The Regiment crossed the Rapidan River to take part in the battle for the Wilderness, losing 89 killed and wounded, before moving on to Spottsylvania Court House where they were again engaged, losing another 187 in killed, wounded and missing. Then marching to the North Anna River, where they took another 11 casualties. Having crossed the Pamuncky River, they then moved on the Confederates at Bethesda Church, their rolls there depleted by yet another 73 men.

Then crossing the James River they were engaged at Cold Harbor, then onto the Siege of Petersburg. After the explosion of the Mine, they were in the charge into the Crater, exposed to a most terrific and severe fire losing heavily. During the month of July losing another 143 men.

During the month of September, the Regiment was used mostly in building fortifications, until on the 29th. They moved on the Weldon Railroad, then the battle at Peeble's Farm, losing 11 men. During the month of November, they were engaged only in picket duty staying in the trenches before Petersburg. On the following April, they made a demonstration at Mine Fort, then took part in the charge from Fort Sedgwick against the Confederate Fort Mahon with only 123 men, who fought with such ferocity, that they penetrated the Fort, placing the flag of the 27th. Atop the earthworks, capturing three pieces of artillery along with 164 prisoners. When Lee evacuated Petersburg, the Regiment was in pursuit, though never coming in contact until on the 18th. Of May, after Lee and Johnston's surrender, they were ordered to Washington, to take part in the Grand Review, on the 23rd. They then proceeded to Taneytown, MD, remaining until the 26th. Of July they were mustered out of the service of the United States, returning thence to Michigan, arriving in Detroit on the 29th.

To be paid off and disbanded shortly thereafter. The item "Civil War CDV Union Corporal Albert J Burgis 27th Michigan & Friends" is in sale since Wednesday, May 6, 2020. This item is in the category "Collectibles\Militaria\Civil War (1861-65)\Original Period Items\Photographs". The seller is "civil_war_photos" and is located in Midland, Michigan.