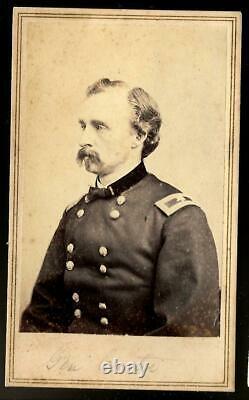 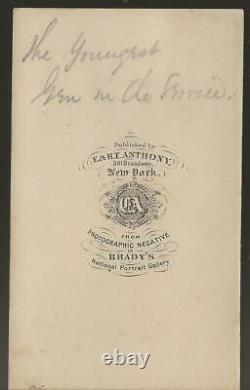 George Armstrong Custer (December 5, 1839 June 25, 1876) was a United States Army officer and cavalry commander in the American Civil War[1] and the American Indian Wars. Custer graduated from West Point in 1861 at the bottom of his class, [3] but as the Civil War was just starting, trained officers were in immediate demand.

He worked closely with General George B. McClellan and the future General Alfred Pleasonton, both of whom recognized his qualities as a cavalry leader, and he was brevetted brigadier general of volunteers at age 23.

Only a few days after his promotion, he fought at the Battle of Gettysburg, where he commanded the Michigan Cavalry Brigade and despite being outnumbered, defeated J. Stuart's attack at what is now known as the East Cavalry Field. In 1864, Custer served in the Overland Campaign and in Philip Sheridan's army in the Shenandoah Valley, defeating Jubal Early at Cedar Creek.

His division blocked the Army of Northern Virginia's final retreat and received the first flag of truce from the Confederates, and Custer was present at Robert E. Lee's surrender to Ulysses S.

After the war, Custer was appointed a lieutenant colonel in the Regular Army and was sent west to fight in the Indian Wars. On June 25, 1876, while leading the 7th Cavalry Regiment at the Battle of the Little Bighorn in Montana Territory against a coalition of Native American tribes, [4] he was killed along with all of the five companies he led after splitting the regiment into three battalions.

This action became romanticized as "Custer's Last Stand". His dramatic end was as controversial as the rest of his career, and reaction to his life and career remains deeply divided. Custer's legend was partly of his own fabrication through his extensive journalism, and perhaps more through the energetic lobbying of his wife Elizabeth Bacon "Libbie" Custer throughout her long widowhood. The item "Civil War CDV Union General George A Custer" is in sale since Thursday, July 1, 2021.