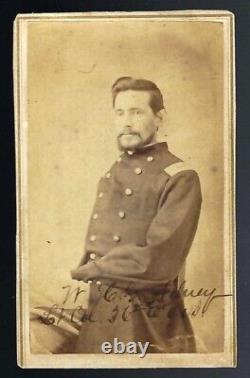 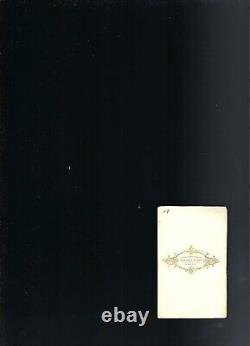 His Widow (Ruth C Adney) applied for a pension on 7/3/1885 from the state of NY. After the War he lived in Pittsboro, Chatham County, NC. Sources used by Historical Data Systems, Inc. Official Roster of the Soldiers of the State of Ohio.

June 23, 1885 died and buried in St. Bartholomews Episcopal Church Cemetery at Pittsboro, N. And a cenotaph exists for him in his family's plot in West Union Street Cemetery at Athens, Ohio. Ized at Marietta, from July 30 to Aug.

Lewisburg in May, 1862, the 36th and 44th, containing in the. Aggregate not more than 1,200 effective men, repelled the at. Tack of the enemy and in 20 minutes the Confederates were.

Driven back over the summit of the hill, utterly routed, with a. Loss of 60 killed and left upon the field, 175 prisoners, 4. Pieces of artillery, and 300 stands of small arms, besides a.

Very large number of wounded whom they hurriedly carried off. The 36th lost 7 killed, 44 wounded and 5 captured. In the second battle of Bull Run the regiment was. Held in reserve and on the evening of that defeat performed. Signal service in arresting stragglers and fugitives from the. Battle, thus preventing thousands from hurrying back to Wash. Ington and creating a panic of dismay similar to that after the.

First battle of Bull Run. Rest of the army, it had a brisk skirmish with Confederate. Cavalry, the rear-guard of Lee's army. In the battle of South mountain, where with the brigade it made. A memorable bayonet charge, by which the enemy was so scattered.

And routed that he never rallied on that part of the field. It was actively engaged in the battle of Antietam, but.

The loss here was small, its exposure being chiefly to artil. Being transferred to the western field of opera.

Tions in the spring of 1863, it participated in the Tullahoma. Campaign, and took part in the sharp engagement with the enemy. The casualty list of the regiment shows a sad.

Loss in the battle of Chickamauga, 70 brave and gallant sol. Diers yielded up their lives for their country. Participated in the memorable coup de main resulting in the.

Capture of Brown's ferry, and took part in the victory at Mis. Sionary ridge, in which it lost 83 men.

Regiment re-enlisted, furloughed home, and at the expiration of. The 30 days it was sent to its old field of operations in West.

In May a severe engagement occurred at Cloyd's moun. Tain, in which the Confederates were driven from their works. And 2 pieces of artillery were captured.

In the ill-fated expedition against Lynchburg and the harassing. In the sharp little fight at Kable.

Town the regiment lost 3 men killed and 4 wounded, and at Kern. Stown both regiment and division lost heavily, retreating from.

At Halltown the brigade of which the. 36th formed a part was on two occasions, and the division at. Another, sent out to reconnoiter and develop the strength and.

Position of the enemy, which was successfully accomplished each. Time, many prisoners being captured but not without heavy loss. 3, the little Army of West.

Virginia had a severe engagement of 4 hours' duration at Berry. Ville and the 36th distinguished itself as much in this battle. Perhaps, as in any other of the war, its loss in killed and. In the battle of the Opequan it occupied the. Right of the army and lost 33 killed and wounded.

Hill it lost but 4 men wounded, and at Cedar creek 22 killed. The regiment was mustered out at Wheeling, W.

This item is in the category "Collectibles\Militaria\Civil War (1861-65)\Original Period Items\Photographs". The seller is "civil_war_photos" and is located in this country: US.