Civil War Letter Morganza, Louisiana over 100 Texans charged 50 of us 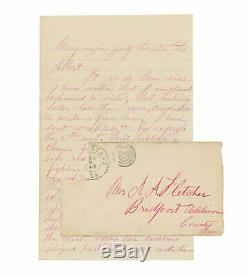 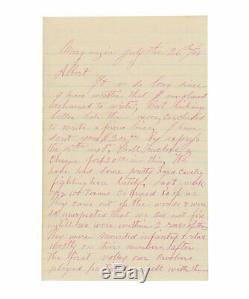 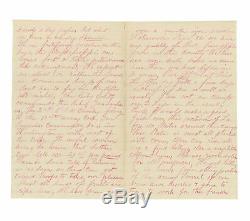 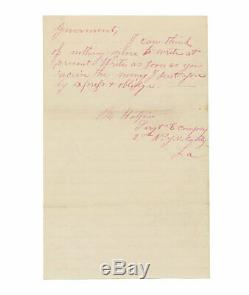 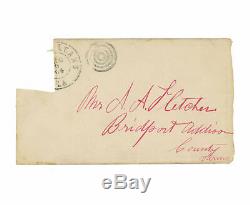 An interesting July 1864 letter written by Sergeant Mathew Halpin of the 2nd New York Veteran Cavalry. The regiment, then stationed at Morganza, Louisiana , was engaged in a number of raids and scouting expeditions from June through August, meeting with some losses. Halpin wrote: We have had some pretty hard cavalry fighting here lately. Last week over 100 Texans charged 50 of us.

They came out of the woods & were so unexpected that we did not fire until we were within 2 rods of them. They were mounted infantry & relied mostly on their numbers. After the first volley our revolvers played particular well with them. Hardly a day passes but what we have a cavalry skirmish.

He then described how they were fortifying ourselves on the bank of the Mississippi, which included one large fort & rifle pits around the encampment. It was feared that Confederate General E.

Kirby Smith , seeking an outlet by which he could send much-needed reinforcement east, would attack somewhere along the lower Mississippi River. Kirby Smith commands the Rebs, wrote Halpin, Gen. Laula us, referring to General Michael K. He added that his regiment belongs to the 19th Army Corps.

Reynolds commands, referring to General Joseph S. Halpin then described the price of ice and the various fruits available in the vicinity. Of their future, he wrote there is some talk of relieving us as soon as they can get colored troops to take our places. The heat was oppressive and the men have had more death since we came here than we had before in 2 years.

He closes the letter stating that several of our men have deserted & gone to Texas to work for the French Government. The letter was written on four pages of a 5 x 8 bifolium sheet. It is in excellent condition with very light toning and creases where it was originally folded. Includes the original postal cover with the stamp area removed. A partial New Orleans postmark is visible. Halpin wrote both the letter and the cover in red ink. Morganza, July the 26th / 64. But thinking better late than never, concluded to write a few lines. We have had some pretty hard cavalry fighting here lately. We are fortifying ourselves on the bank of the Mississippi. One large fort & rifle pits around the encampment. We expect an attack or rather the General in command does. 1/2 of our Regt has to lay in the rifle pits nights.

He is in Washington with most of the Corps. So warm that Sutlers can sell ice 20 cts per pound. There is some talk of relieving us as soon as they can get colored troops to take our places. Most all kinds of fruits are ripe here. We had green corn over a month ago, peaches, watermelons, figs, &c.

We have any quantity of. But few apples grow in this country.

We have had more death since we came here than we had before in 2 years. Died the other day after a few days sickness. Think I would make a good guide over this portion of La.

For 100 miles around this camp. This State is most all planted with corn. You can ride all day & find nothing else, a very little cotton & sugar.

We use river water for all purposes. We get little or no news from other portions of the army. Several of our men have deserted & gone to Texas to work for the French Government.

I can think of nothing more to write at present. Please see my other items for more interesting Civil War letters, documents, and images.