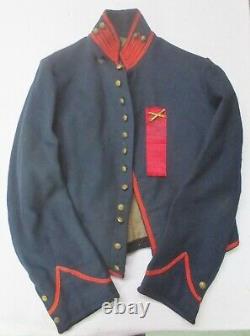 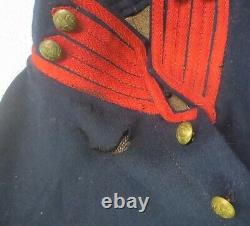 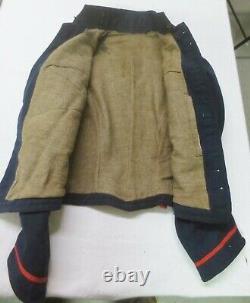 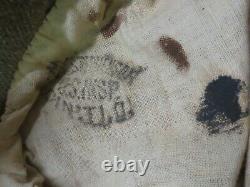 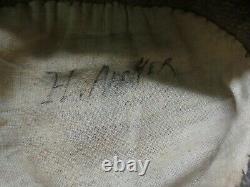 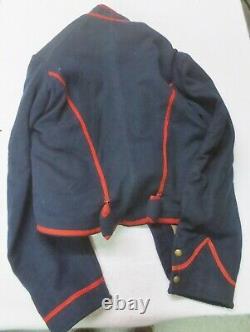 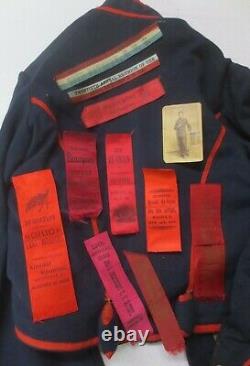 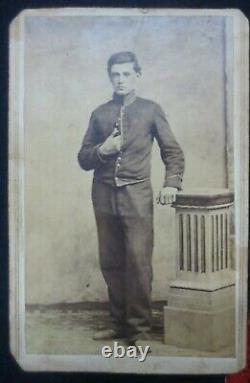 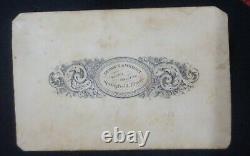 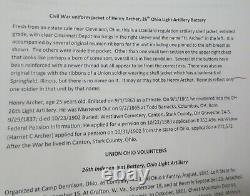 Several of the buttons have been reinforced with a newer thread but all appear to be from the correct era. There was also an original image with the ribbons of a Union soldier wearing a shell jacket which has a backmark of Springfield, Illinois, but there is no name on it. It may or may not be Henry Archer. Records (included) reflect only one soldier in that unit by that name.

Duty at Greenbrier till Decembor 13. Ordered to Beverly and duty there till April, 1862. Expedition on the Seneca April 1-12. Action at Monterey April 12.

At Staunton till May 7. Battle of McDowell May 8.

March to Franklin and duty there till May 25. Pursuit of Jackson up the Shenandoah Valley.

Battle of Cross Keys June 8. Duty at Strasburg and Winchester till July. Detached from 32nd Infantry for Artillery duty July 20, 1862, and stationed at Winchester till September 11.

Retreat to Harper's Ferry September 11-12. Defence of Harper's Ferry September 12-15. Paroled and sent to Annapolis, Md. And to Camp Taylor, Cleveland. Again attached to 32nd Infantry and moved to Memphis, Tenn. Attached to 3rd Brigade, 3rd Division, 17th Army Corps, to December, 1863. Moved to Lake Providence, La. February 20, and to Milliken's Bend, La. Movement on Bruinsburg and turning Grand Gulf April 25-30. Battle of Port Gibson, Miss. Champion's Hill May 16. Capture a Battery of six guns and assigned to duty as Artillery till August 3, 1863. Assaults on Vicksburg May 19 and 22. Attached to Battery "D" 1st Illinois Artillery and to 3rd Ohio Battery August 3 to December 22, 1863, and garrison duty at Vicksburg, Miss.

Expedition to Woodville October 4-11. And garrison duty there till April, 1865. Ordered to Texas April, 1865, and duty on the Rio Grande, Texas, till August. Ordered home for muster out. Mustered out at Todd's Barracks, Columbus, Ohio, September 2, 1865.

F, 32nd Ohio infantry was organized at Camp Bartley, Aug. 30, 1861, to serve for three years. It was permanently detached, as a battery, on Dec.

The engagements in which this battery took part, previous to the date of its detachment, will be found in connection with the 32nd infantry. It participated in a number of expeditions from Vicksburg and Natchez, and in November was ordered to report at Natchez for garrison duty.

After the close of the war it was attached to the Texas expedition and served on the Rio Grande until Aug. 1865, when it was ordered to Ohio and mustered out on Sept. 2, 1865, at Todd Barracks, Columbus, in accordance with orders from the war department. The item "Civil War uniform jacket Henry Archer 26th Ohio Light Artillery Battery, more" is in sale since Tuesday, January 12, 2021.