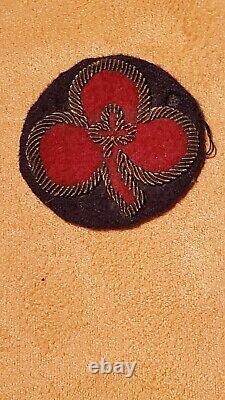 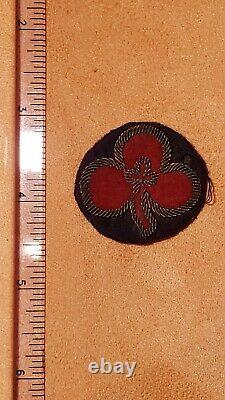 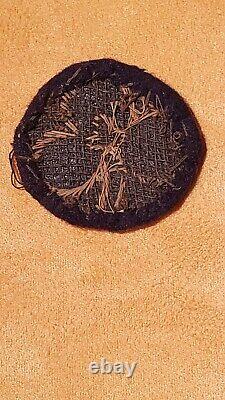 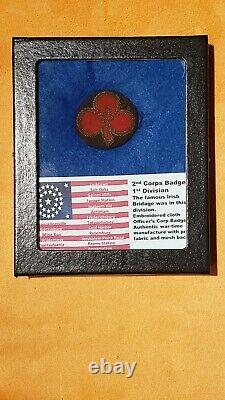 It is extremely rare to find original, authentic, sewn Corps Badges. Although they were the most common at the time of the Civil War, their deterioration rate was extreme, and their consequential survival rate is minimal. The most famous, desirable, and known as the fighting-est Corps in the Union Army, the 2nd Corps was prominent by reason of its longer and continuous service, larger organization, hardest fighting, and greatest number of casualties.

Recent scholarship notes the quality not just of II Corps' leadership but its individual soldiers, addressing both individual bravery and deep commitment to the Union as depicted in letters and diaries. In spite of homesickness and coming from Democratic homes and ethnic communities which did not favor expanding war aims to. Soldiers of II Corps saw the fighting through, re-enlisting in 1863-4 and voting overwhelmingly for Abraham Lincoln. Pride in unit featured prominently in post-war reunions, and on the 50th anniversary of Gettysburg Speaker of the House. From Missouri referred to soldiers of II Corps as "those unconquerable boys in blue".

Unit cohesion ultimately overcame racial antipathies, frustrations and hatreds according to this analysis. Corps Badges were the traditionally believed to have been introduce in concept by General Joseph Hooker, as an organization assistance and morale booster in the Army of the Potomac. They quickly caught on throughout all the Union Armies. Corps Badges were made by many manufacturers, some in high quantities, some in lower quantities, and were also made of various material and levels of quality.

Most enlisted men wore a basic fabric patch in the shape of their Corps symbol, sewn on to the crown of their Kepi. Most officers wore embellished embroidered fabric versions of significantly higher quality and appeal. Still others ordered engraved Corps Badges, which command a significant premium. I have been collecting and dealing primarily in American Civil War edged weapons, firearms and militaria for over 30 years. I frequently travel to specialized and general trade shows, conventions, auctions, and private sales and viewings all over the country, and maintain a network of the most reputable collectors and dealers in the community, and limit all my acquisitions to this network.

My objective is to both collect for myself, and to bring to you only truly authentic, investment grade military collectables. The item "Investment Grade Civil War 2nd Corps Badge 1st Division Irish Brigade double tri" is in sale since Monday, July 5, 2021. This item is in the category "Collectibles\Militaria\Civil War (1861-65)\Original Period Items\Other Civil War Original Items". The seller is "rogercillo" and is located in Wilmington, Delaware. This item can be shipped worldwide.