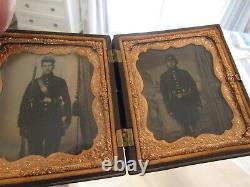 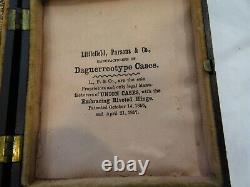 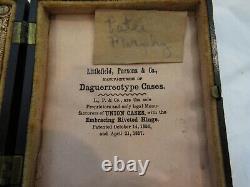 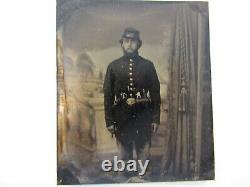 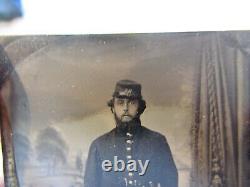 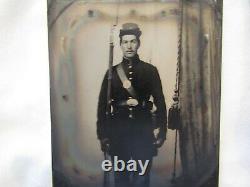 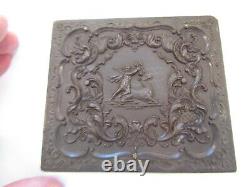 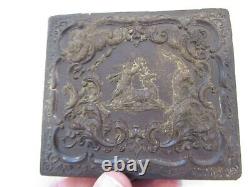 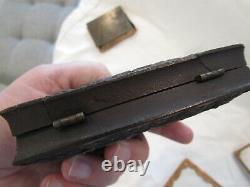 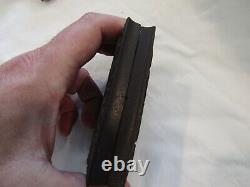 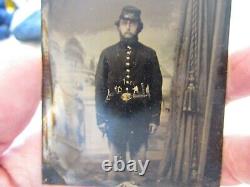 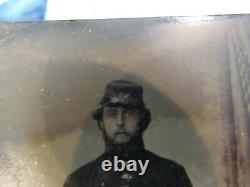 This is a rare tin type, Peter Murphy, and another soldier, relative, friend? Were both placed in this Gutta Percha case made by Littlefield and Parsons, with a cupid holding the antlers of a stage. The name Peter Murphy was in behind the photo of him loaded for bear as they say, he has a set of pistols stuck in his belt as well as a BOWIE KNIFE, cap box and his belt buckle has been gold enhanced.

G Firth UNITED STATES VOLUNTEERS (CONFEDERATES). APRIL 4,1865; TO HIS REGIMENT, jUNE 6, 1865: no further record. The other soldier is also well armed with his rifle, and fixed bayonet, breast plate, cap box and bullet pouch, as well as his union belt.

This is a rare combination of tintypes, in a nice case. This item is in the category "Collectibles\Militaria\Civil War (1861-65)\Original Period Items\Other Civil War Original Items". The seller is "gdog2693" and is located in this country: US. This item can be shipped worldwide.