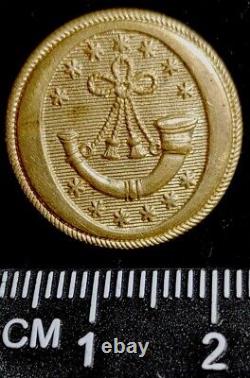 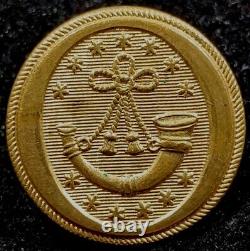 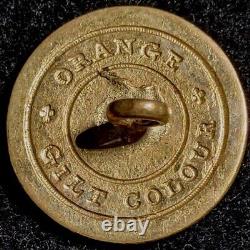 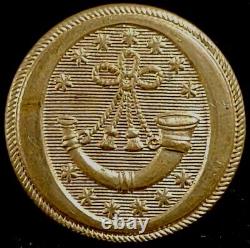 This Historical Button is 200 Years Old. This button is also a rifleman's button, but from a State militia and specifically an officer. The style dates to the 1820's and after the War of 1812 many State militias were formed to repel future attacks by the British. Highly trained, riflemen were considered elite soldiers similar to sharpshooters and worked in pairs.

This put them at particular risk because the muzzle loading rifles they used were slow to reload and unlike infantry units which could set up multiple firing lines to cover soldiers who were reloading their weapons, the riflemen were instead exposed to return fire or cavalry charges. This item is in the category "Collectibles\Militaria\Civil War (1861-65)\Original Period Items\Buttons". The seller is "meteoritestuff" and is located in this country: US.