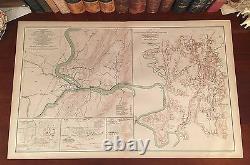 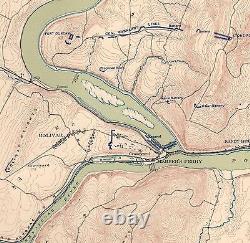 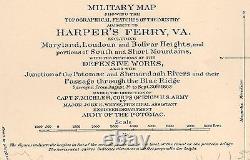 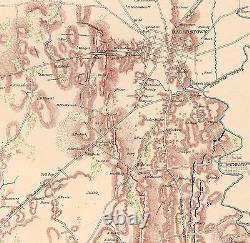 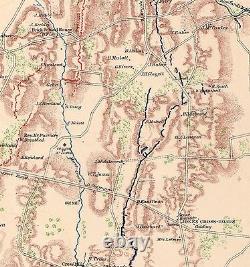 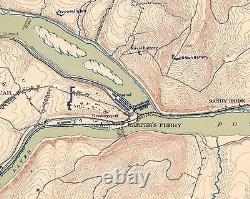 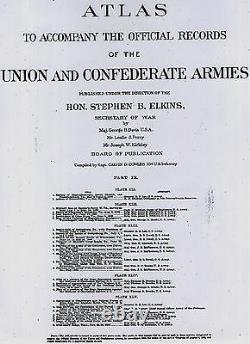 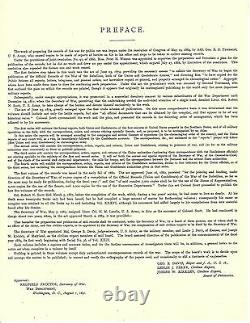 Impressive On Any Home or Office Wall Dimensions: 19 " x 29.5" Fine Adornment of Civil War History. Great for History and Family Genealogy, as Map Shows Cities, Towns, & Landmarks during the War; Some of Which No Longer Exist Today. Map Shows Names of Citizens' Homes & Farms, Railroads, Roads, Forts, Mills, & Many Other Landmarks. The Atlas to Accompany The Official Records of the Union and Confederate Armies was Commissioned with the Resolution of the U. Congress of 1864, by which Adjt. Townsend was Appointed Directorship of the Collection and Preparation of the Atlas, which was ultimately Completed and Published in 35 Parts in Sets of Five Lithographic Plates by the U. Dedicated to Preserving the Historical Record of the War, the 175 Lithographic Maps Portray a wealth of Knowledge and Information on Division, Corps, and Troop Positions; Battle Lines, Military Strategy, Topography, and History. Greetings from Historical Savannah, Georgia: Founded 1733.