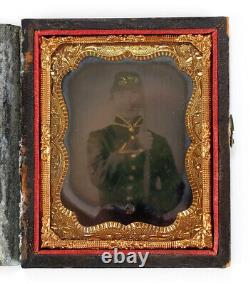 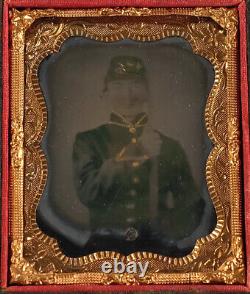 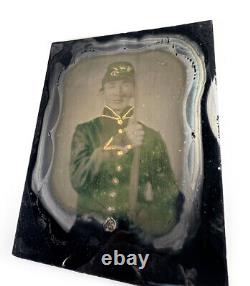 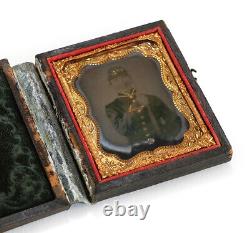 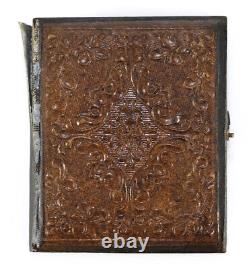 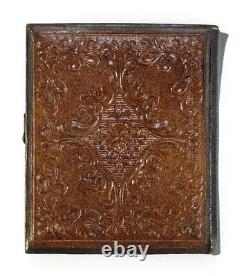 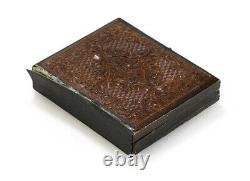 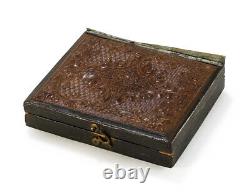 This is a very unusual and possibly very rare photograph. It is a 2" x 2.5" ninth plate ambrotype photo on a deep red thick glass. What makes this quite rare is that the soldier looks to be Asian, and on his hat in gold, there looks to be 3 characters and the last 2 look to be Japanese numbers? Which are numbers 1 and 10. The first character I cannot decipher but looks like it could be a Japanese kanji.

When you look at the soldier's face, he definitely looks like he could be Japanese. If this is an American Civil War photo, it would be extremely rare as I do not think there were many Japanese Americans fighting in the war. He is holding a rifle with the bayonet sticking straight up. There is gold highlighting on his hat, collar, sleeve, buttons, and belt buckle (see second photo). The photo looks to be in fairly nice condition but it is just slightly hazy.

I don't know if that is because of oxygen seeping into the frame over the years. The case looks to be original but someone put some black tape on the spine as they always seem to separate.

It still has the original brass hook and loop. This came out of a collection of military items in Lancaster County, PA.