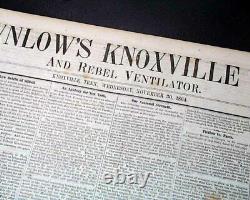 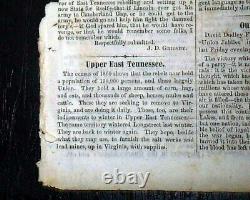 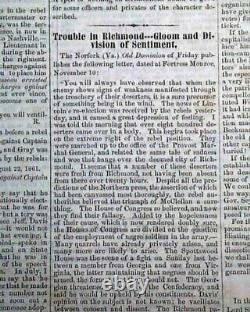 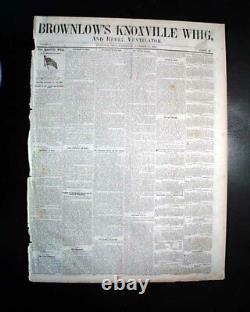 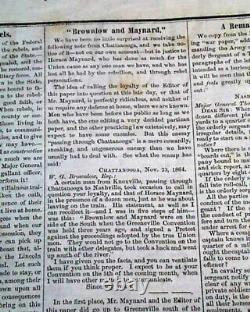 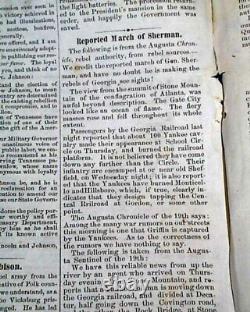 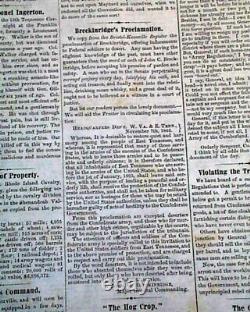 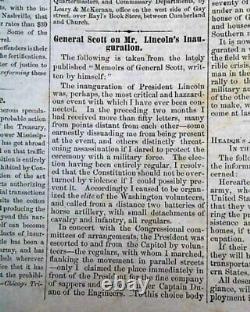 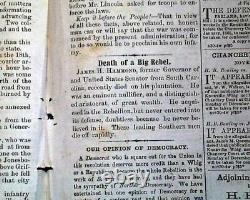 Brownlow, or Parson Brownlow, was a fascinating personality to say the least. He regarded anyone who disagreed with him about religion or politics as an enemy. The circuit-riding Methodist parson turned to the press to spread his harsh anti-Presbyterian, anti-Calvinist rhetoric, and to spread his fervently held views on the inferiority of blacks & his unalterable opposition to secession. In 1861 Brownlow's criticism of the Confederacy led the government to shut down his newspapers for 2 years. In December, 1861, Brownlow was arrested on a charge of high treason against the Confederacy.

See the hyperlink for more on Brownlow. His first issue under the title noted was dated Nov. 11, 1863 but after just 2 issues it would be suspended until January 9, 1864, and then it would only last until February, 1866. Among the many fascinating articles are: "Trouble in Richmond--Gloom & Division of Sentiment" "Our National Strength" "Trials for Treason" "Breckinridge's Proclamation" "Reported March of Sherman" "Keep it Before the People" "Death of a Big Rebel" and much more. The back page has nearly half a column taken up with the: "Prospectus of Brownlow's Knoxville Whig and Rebel Ventilator". Complete in 4 pages, irregular at the blank spine, nice condition.

An opportunity for one of the more fascinating newspapers of the Civil War. Note: The link below will take you to a brief article posted in The Daily Southern Guardian, Columbia, SC, for February 17, 1862, written shortly after Brownlow's arrest. It clearly communicates the Confederacy's concern in regards to his newspaper. Please Note: All of our offerings are 100% authentic!

We do not offer reprints or reproductions of any kind. They are guaranteed to be original! For this specific item, A U. The per-item additional cost for folders, portfolios, and presentation cases vary.

We will still provide tracking and insure them at our expense. Please check with your country's. We have been dealers in rare newspapers for over 45 years, serve as consultants to multiple museums, and are members of the American Antiquarian Society. Timothy Hughes Rare Newspapers P.

Desiring to conduct ourselves honorably in all things. Were it left to me to decide whether we should have a government without newspapers, or newspapers without a government, I should not hesitate a moment to prefer the latter. This item is in the category "Collectibles\Militaria\Civil War (1861-65)\Original Period Items\Other Civil War Original Items".

The seller is "timhu" and is located in this country: US. This item can be shipped worldwide.