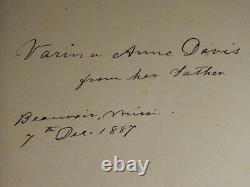 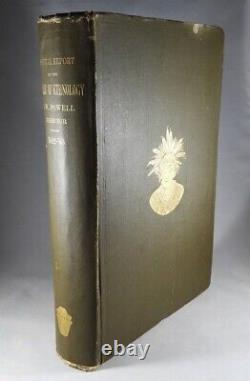 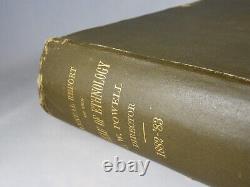 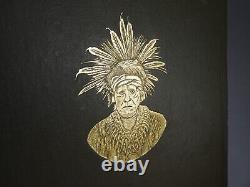 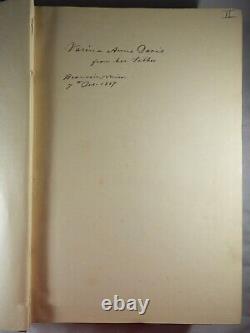 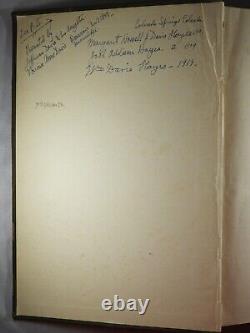 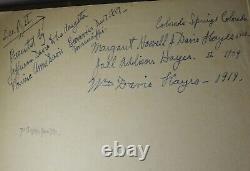 Congressman, Senator, and Secretary of War, was the first and only president of the Confederacy from 1861 until its collapse at the end of the American Civil War. FOURTH ANNUAL REPORT OF THE BUREAU OF ETHNOLOGY. PERSONALLY GIFTED, INSCRIBED, AND SIGNED BY JEFFERSON DAVIS TO HIS YOUNGEST CHILD KNOWN AS THE "DAUGHTER OF THE CONFEDERACY".

Acknowledging that Davis gifted and inscribed the volume to his daughter, See P. II, Presented by Jefferson Davis to his daughter, Varina Anne Davis, Beauvoir, Mississippi, Dec. 7, 1887, " and providing the history of ownership, "Colorado Springs, Colorado, Margaret Howell J. Davis Hayes 1900, Joel Addison Hayes II 1909, Wm. ACCOMPANIED WITH ADDITIONAL HANDWRITTEN PROVENANCE FROM DAVIS' GRANDSON ACKNOWLEDGING THE GIFT AND INSCRIPTION FROM DAVIS AND PROVIDING THE HISTORY OF OWNERSHIP. Printed by the Government Printing Office in Washington, DC in 1886, measures 11.5 by 8.5 inches, olive green cloth boards, beautiful gilted portrait of an indian chief on the front board, gilted lettering on the spine, several colored plates and illustrations, and in fine condition with minor staining and rubbing to the boards and pencil notations throughout the volume in William Addison Davis Hayes, Sr.

This item is in the category "Collectibles\Autographs\Historical". The seller is "grayautographs" and is located in this country: US. This item can be shipped to United States, Canada.